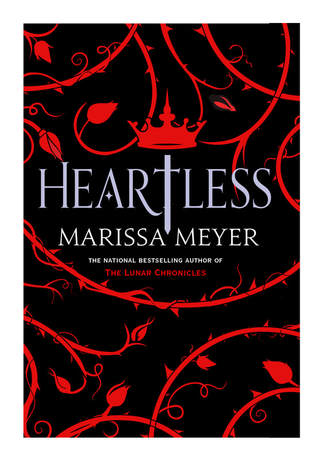 Long before she was the terror of Wonderland — the infamous Queen of Hearts — she was just a girl who wanted to fall in love.
Catherine may be one of the most desired girls in Wonderland, and a favorite of the yet-unmarried King of Hearts, but her interests lie elsewhere. A talented baker, all she wants is to open a shop with her best friend and supply the Kingdom of Hearts with delectable pastries and confections. But according to her mother, such a goal is unthinkable for the young woman who could be the next Queen.
At a royal ball where Cath is expected to receive the king’s marriage proposal, she meets Jest, the handsome and mysterious court joker. For the first time, she feels the pull of true attraction. At the risk of offending the King and infuriating her parents, she and Jest enter into an intense, secret courtship.
Cath is determined to define her own destiny and fall in love on her terms. But in a land thriving with magic, madness, and monsters, fate has other plans
Level 5.6; 20 Points
Activity One
HEARTLESS, is a stunning prequel to Alice in Wonderland about the Queen of Hearts. As we all know, the Mad Hatter was a very prominent character in Alice in Wonderland. Choose or create a hat that you think would be appropriate to rival the Mad Hatter’s apparel. Take a picture of yourself in this awesome hat and send a picture to Mrs. Jack.
Activity Two
It is always interesting to imagine what a character might look like. In the book Heartless, Catherine is one of the most desired girls in Wonderland. What do you imagine she looks like? Draw a picture of her and describe some of her qualities on the page as well. Does she remind you of anyone? Can you use that person to help you create a picture of Cath? Make sure you use your imagination.
​Activity Three
Choose your favorite fairy tale and write a prequel to it similar to Heartless. We’ve read some futuristic tales of fairy tales in Meyer’s work in Cress, Scarlet and Cinder. You can choose to write a prequel to any of these fairy tales, or choose another that was a favorite of yours. Your prequel needs to be at least a page long and can be either hand written or typed.​
Home