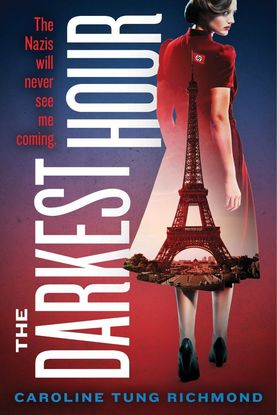 ​After the Nazis killed Lucie Blaise's brother on the North African front, she volunteered at the Office of Strategic Services in Washington, D.C., to do her part for the war effort. Only instead of a desk job at the OSS, she was tapped to join Clandestine Operations, a secret espionage and sabotage organization for girls. Now Lucie has been deployed to German-occupied France to gather intelligence and eliminate Nazi targets. Her current mission? Track down and interrogate a Nazi traitor about a weapon that threatens to wipe out all of Western Europe, then find and dismantle the weapon before Hitler detonates it. The deeper she investigates, the more danger Lucie finds herself in. With the fate of the free world hanging in the balance, trusting the wrong person could cause millions of lives to be lost, including her own.
Level 5.4; 12 Points
Activity One
Many different activities take place in this story/book. Please arrange them in order from what you think is the most exciting thing (top of the pyramid) to the least exciting thing of the 5 things you choose (it still might be pretty exciting!) If you can write down the activity in one work, great. But if you need to use more than one word so I know what you are talking about, please do that.

Download File
​Activity Three
Lucie joined the war effort because of the death of her brother on the North African front. She thought she’d get a desk job, but instead was asked to join the Clandestine Operations. Have you ever had anyone killed or has anyone in your family been killed during a military operation? Visit with a family member who has experienced something like Lucie did, or try to find out information through whatever means you might have to about this terrible ordeal. There are American who risk their lives on a daily basis so we can have freedom, would you be willing to do that? Create either a poster, story, or video from what you learned about this special person to share with the rest of us.​
Home