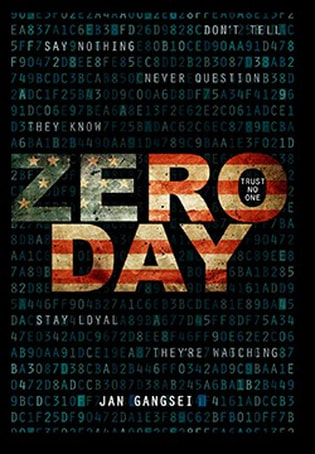 Eight years ago, Addie Webster was the victim of the most notorious kidnapping of the decade. Addie vanished-and her high-profile parents were forced to move on.
Mark Webster is now president of the United States, fighting to keep the oval office after a tumultuous first term. Then the unthinkable happens: the president's daughter resurfaces. Addie is brought back into her family's fold, but who is this sixteen-year-old girl with a quiet, burning intelligence now living in the White House? There are those in the president's political circle who find her timely return suspicious.
When a national security advisor approaches Darrow Fergusson, Addie's childhood best friend and the son of the president's chief of staff, he doesn't know what to think. How could the girl he's missed for all these years be a threat to national security? Still, at the risk of having his own secrets exposed, Darrow agrees to spy on Addie.
He soon realizes that his old friend is much more than the traumatized victim of a sick political fringe group. Addie has come home with a mission...but will she choose to complete it?
Level 5; 13 Points
Activity One
Eight years after her kidnapping, Addie’s father is now president of the United States, Mark Webster. What does it take to become president of the United States? Are there specific rules that need to be followed? List the three requirements and tell me whether you think they are good rules or not and why. Do you ever think you’d like to be president?
Activity Two
If Darrow was interviewed about some of the things that happened in the book, he might respond in the following way:  What did you find most difficult about spying on Addie for the NSA? “This feeling that I was betraying her. I’d spent so many years blaming myself for her disappearance, that it was hard not to feel guilty. Also, just trying to spy on Addie wasn’t easy, period! She’s smart and definitely not easily fooled, (something I’ve known since we were kids—seriously, don’t ever challenge her to a game of any sort unless you’re prepared to lose.)”
How would you feel if you were asked to spy on a friend? Who do you think they would ask you to spy on? Write a short story or create a video to portray this in your life. Make sure your story is at least a half page long.
​Activity Three
Addie’s dad called her “Lilla” which means little one in Swedish. Using the worksheet below, transform the words from Sweden to English. Do you have any Swedish ancestors? Tell me about them if you do.